Shore scales can be used as a method of measuring and comparing the hardness of rubbers and elastomers. They are also commonly used for softer plastics such as polyolefins, fluoropolymers, and vinyl. There are around fifteen different shore hardness scales which can be used to measure the hardness of different materials. 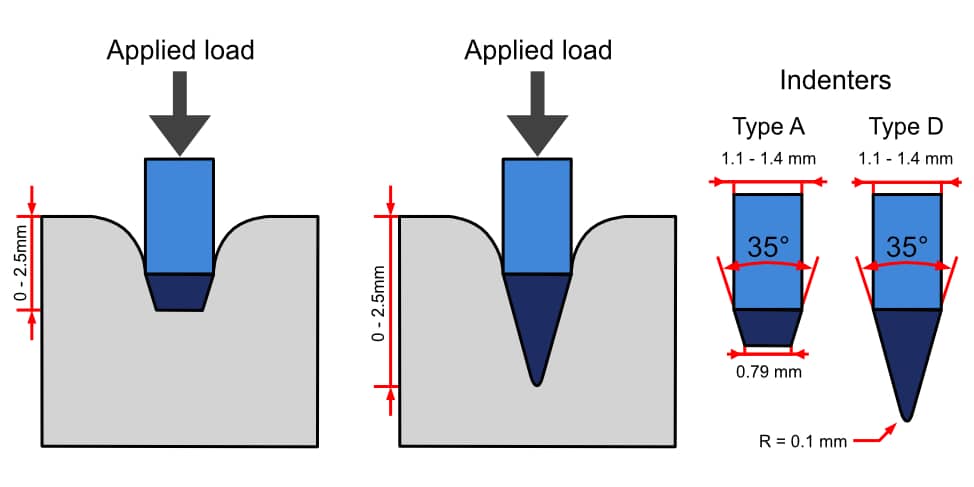 The Shore A scale is the most commonly used for measuring the hardness of rubbers and can be determined using a durometer gauge. The durometer consists of a metal truncated cone indenter attached to a small spring as shown in Figure 1. The indenter is extended 2.5mm into the material. The material will resist the indentation, deflecting the spring. Every 0.001 inches that the spring is deflected relates to 1 degree shore A. A harder material will resist the indentation, this will cause the deflection of the spring to be higher and will result in a higher reading. Figure 2 gives a representation of each of the shore hardness values. Shore 70 A is the standard hardness for rubber. 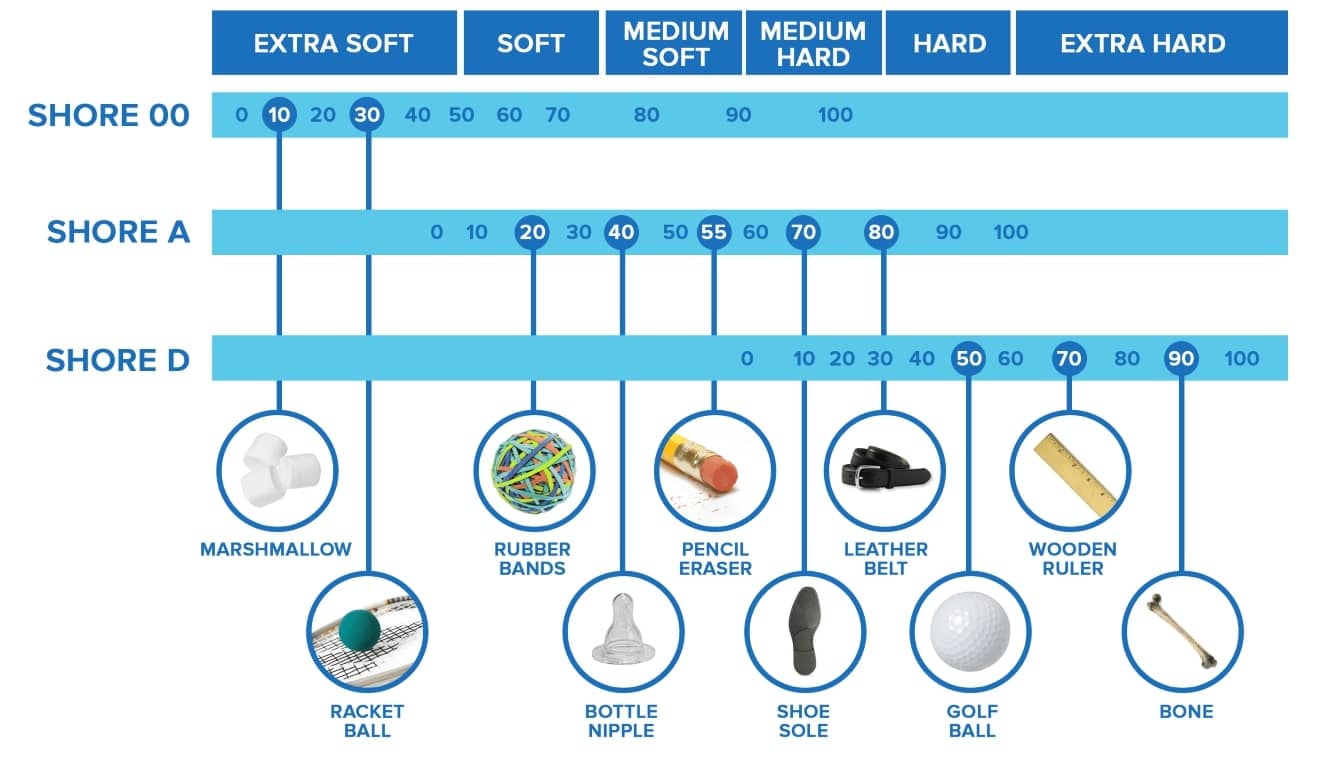 Shore hardness testing will often leave a permanent indentation in the test sample. Another consideration is that the material must be at least 6mm thick and positioned on a hard surface to get an accurate reading. If the material is too thin, the durometer will measure the hardness of the surface on which the material is placed. Due to mechanical limits of the test instruments, hardness measurements in elastomers are normally expressed in 5-degree increments.